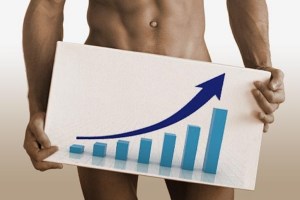 The treatment of gonorrhea in the home folk remedies

Smear for gonorrhea in women and men: how and how much is done

Is there a quick treatment for gonorrhea in one day, one shot

The consequences and complications of gonorrhea in women and men

Gonorrhea is curable if completely

The incubation period of gonorrhea in men and women

Home / Topic about sexually transmitted diseases / Prevention, diagnosis and treatment of gonorrhea / Which microorganism is the causative agent of gonorrhea and how to deal with it

Parasitic micro-organism, the gonococcus Neisser is the causative agent of gonorrhea, a sexually transmitted disease. Parasitic on the mucous membrane of the urethra, on the cervix, near the rectum to the cylindrical epithelium.

What is the gonococcus

The parasite has been opened to scientists from Germany Nasceram in the 1879th year. The gonococcus belongs to the group of Neisseria. Is fixed by bacteria. Looks like Bob, consisting of two halves, facing each other. Has a very small size: its length is 1.5 micrometer, you can see only through special equipment. Propagated by division method on 2 or 4 parts. If any pathology is divided by budding.

Gonococcus - pyogenic parasite does not form spores. Is inside cells and outside them. The parasite has the ability to penetrate bacterial cells, having large dimensions, for example, Trichomonas. The outside is surrounded by a membrane consisting of 3 layers. The membrane itself is also protected by a multilayered capsule. On the outer sides of the parasite are threads that have an effect on healthy cells.

This harmful microorganism has the ability to fall into anabiosis in unfavorable factors. If the person providing medical assistance, the gonococcus saves himself, and after a time may occur, causing a relapse. The pathogen usually enters the organs of the urogenital system. Moving on mucous membranes, it is introduced into the lymphatic vessels, which is carried forward, affecting the joints. But if the infectious agents enter the blood and spread throughout the mainstream, then perhaps the onset of sepsis.

The body is unable to produce immunity against Neisseria gonorrhoeae. If the person had been ill once, it does not guarantee that there will be reinfestation. The second time the patient hurts as acutely as the first time. Transmission of microorganism - sexual intercourse without using protection. In very rare cases infection through the use of the hygiene items together with an infected. 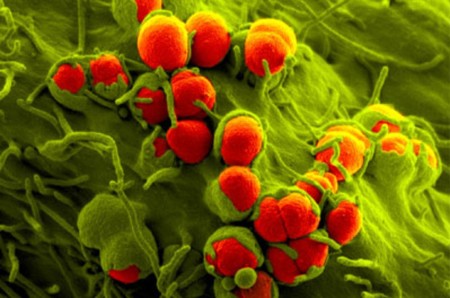 Inside the human body microbe that lives a long time, and out - dies. But not immediately:

If the ambient temperature increases, the viability of gonorrhea decreases. For example, at a temperature of 40 degrees, it can live for 7 hours, and at 50 degrees - 10 minutes.

The disease, known since ancient times

About gonorrhea as unclean disease even mentioned in the Bible. This is a verydangerous infectious disease, which belongs to the group of STDs (sexually transmitted diseases).

You can often hear the second name of gonorrhea - gonorrhea. Usually refers to its people. And in Germany is the official name. At the moment it is the most common disease of all STDs. Affected men and women. The main age affected by infection - 20-35 years. The danger of the disease is that affects various organs of the human body.

The incubation period lasts about 10 days. Gonorrhea is fresh, i.e. not more than 2 months ago, and chronic, where the patient has infected more than 2 months. There is an opinion that the disease contracted in the bath, the pool, through objects, intimate hygiene. But statistics show that it is only 1% of all cases. Associated this situation with the fact that the gonococcus not very viable in the open air.

Recently, the disease often is asymptomatic in nature. This is especially true of women. Infected suspects that he has gonorrhea, and continues to infect their sexual partners. The first symptoms begin to appear at the end of the incubation period. They are somewhat different in men and women. In men, the swelling appears with redness of the penis. Women inflamed gonads and there is soreness of the labia.

Swollen lymph nodes. The skin begins eczema. Fans of unconventional sex act affects the mucous of the rectum, occurs conjunctivitis oral cavity and pharynx. With saliva starts to be allocated too liberally. It is noted pus from the rectum, itch.

Diagnosis and treatment of disease

Almost all men infected with gonorrhea, the doctor is able to diagnose immediately after a sample is taken of the discharge from the penis, identifying the parasite under a microscope.

Women don't always work instantly to make a diagnosis. Only 60% of women with gonorrhea have the opportunity to reveal the gonococcus in the secretions from the cervix. In other cases, the analysis is communicated to the laboratory. If you suspect the presence of gonorrhea in the oropharynx or inthe rectum the doctor sends the material from these areas for culture in the laboratory. Usually in conjunction with a diagnosis of gonorrhea take blood detection of syphilis or HIV. It happens that the person is the holder of several STDs.

For the treatment of disease is one intramuscular injection of Ceftriaxone. May be appointed and a course of antibiotics. If the path of the spread of gonorrhea - blood flow, the person I appoint inpatient treatment. In this case, it is most often detected and other sexually transmitted diseases, therefore, conducted a comprehensive therapy. At the end of the course is additional planting to ensure that the infection has receded. This is done in the case if the symptoms do not pass.

During treatment, prohibited use of alcohol and the conduct of sexual life, until the complete cure. Everyday you need to observe the intimate hygiene, wash with warm water and soap. A change of underwear is also every day. Unwanted to direct sunlight. With antibiotics increases the sensitivity to ultraviolet, so the skin can easily burn.

If after treatment the patient feels well, it is still necessary to re-testing. A week and a half is a visual inspection with the delivery of the stroke. Then the men observed even after 3 weeks, and women over 3 menstrual cycles.

To effectively treat gonorrhea became possible only during the use of antibiotics. It follows that any one remedy will not help in the fight against disease. This is the surest way to a lot of complications with which to deal will be much harder.