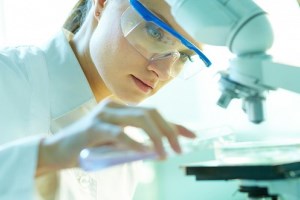 Home / Topic about sexually transmitted diseases / Prevention, diagnosis and treatment of gonorrhea / The symptoms and course of gonorrhea in children and infants

The symptoms and course of gonorrhea in children and infants

Gonorrhea is a infectious disease which most often affects the genital tract of a person. The agents of this venereal disease are the bacteria Neisseria gonorrhoeae.

Gonorrhea may be affected:

Mostly the disease is transmitted sexually and so most often this disease are exposed to adults. However, in recent years have increasingly recorded cases of gonorrhea in children.

While gonorrhea can be infected by both girls and boys. But in girls, the disease is diagnosed today is about 10-15 times more often than boys.

The route of transmission of gonorrhea in children

The initial symptoms of this disease in children in most cases appear in a few days (rarely the incubation period can be up to 1 month).

Boys have a symptomatic development of the disease almost the same as in an adult male, but has a less pronounced character. Due to this point that the genitals of the boy is still poorly developed compared to an adult man.

Features of the disease in girls

The main symptom of gonorrhea is a sudden swelling and redness of the mucous membrane of the clitoris, vagina and labia minora. There are also copious purulent vaginal discharge. In girls, the disease is characterized by appearance of pain when urinating. The skin of the labia majora in this disease may be covered with dried crusts.

In gonorrhea in girls, the uterus and its appendages are not normally subject to defeat by gonococci, as they are not sufficiently developed yet.

With the defeat of the rectum, gonorrhea of the skin in the anus is bright red, and there is cracking between the skin folds and swelling.

In a few months if untreated, the acute form of gonorrhoea may become chronic. However, the girls observed the rear adhesions of the lips, flushing(swelling) of the mucous membranes and the hymen. In such cases, the disease can only be detected during medical examination or if the parents notice any suspicious stains on underwear.

It should also be noted that the girls the acute course of the disease can manifest in the form of inflammation of the excretory ducts of large glands of the vaginal vestibule. This phenomenon is called scenic. Also the girls can develop a point gonorrhoea, which is characterized by the formation of inflamed spots of bright red on the vaginal mucosa and labia.

Gonorrhea in newborns: peculiarities of development and symptoms

A third of all cases of gonorrhea infection of the newborn develops when the passage of the baby during a vaginal delivery through the birth canal of the mother, if she is suffering with gonorrhea. The most frequently gonorrhea in newborns is manifested in the form of acute conjunctivitis, which is called gonococcal ophthalmia. This disease is very dangerous as it can lead to complete loss of vision.

Diagnosis of ophthalmia is easy enough, because the 2-4th day after birth the child develops severe redness of the eye, copious purulent discharge, swollen eyelids and photophobia.

Today the prevention of gonococcal ophthalmia is carried out to each kid. It is carried out by instillation of fresh 30% solution of sulfacetamide. Such a preventive measure be taken twice: the first time the solution is instilled immediately after birth, and the second time after a couple of hours.

With the passage of the baby through the birth canal sick mother and possible contamination of the genital organs. Most often this happens in girls. Therefore, in such cases, a 30% solution of sulfacetamide buried not only in eyes but also in the vagina.

The treatment of the disease

The treatment of this disease should be carried out in a hospital. For the treatment of disease use of penicillin and sulfa drugs, which are prescribed based on the age of the patient.